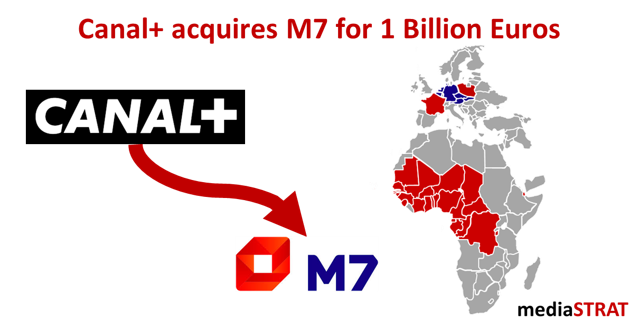 End of 2018 the news has been dominated by the mega mergers’ announcement among US media companies and the launch of their VOD services.

Over the first few months of 2019 Europe is back in the news with a wave of mergers that if they do not have the magnitude of their US counterpart are signs of the very same consolidation phenomena. The most prominent one is Vodafone / Liberty Global. Recently we have seen the emergence of what could become a German Studio building on the KKR acquisition of Universum, Tele München, i&u Wiedemann & Berg.

In the new media era with all major new services still losing money, scale is an essential key to generate economies and amortize fix costs over wider audiences. In a highly fragmented mature European landscape with multiple specific challenges including localization and legislation the emergence of pan European groups is important.  For Canal+ it is a return to Europe years after exiting Poland, Spain, Italy and the Netherlands and a focus on subsaharian Africa.